National Fire Protection was pleased to provide our fire protection services at the Dallas/Fort Worth International Airport. The scope of work for this site spanned across three phases of the Terminal E Renovation and Development project. This included new installations and revisions to existing systems throughout Terminal E of the facility.

Dallas/Fort Worth International Airport (DFW) is the primary international airport serving the Dallas–Fort Worth metroplex area in the U.S. state of Texas. The airport was the fourth busiest airport by passenger traffic in the world in 2020.

It is the largest hub for American Airlines, which is headquartered near the airport. It is the third busiest airport in the world by aircraft movements and the tenth busiest airport in the world by passenger traffic in 2019. It is the ninth busiest international gateway in the United States and the second busiest international gateway in Texas. American Airlines at DFW is the second largest single airline hub in the world and the United States, behind Delta’s Atlanta hub. 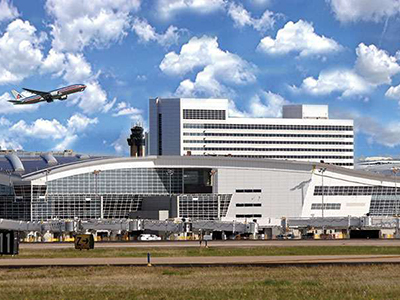 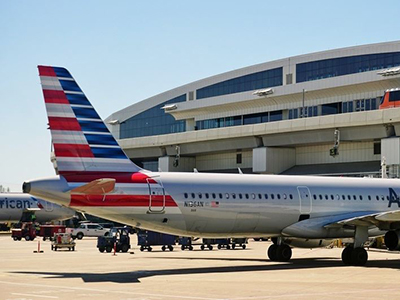 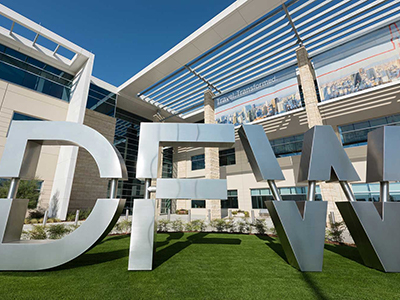