National Fire Protection has a long history of work at Washington Dulles International Airport. The following projects are just a sample of NFP’s extensive experience in airport construction.

This project was a temporary walkback tunnel constructed in late 1998. The tunnel provided an egress corridor from the non-secure area through the secure area prior to the construction of the first walkback tunnel (listed below). This was a design-bid-build project.

This project encompassed the East APM (automatic people movers, a moving floor style conveyor) building and the underground train tunnel that connects all of the stations. This included almost a mile of dry standpipes in the train tunnels, a water mist system (complete with mist systems pumps and day tanks) with 280 mist fog nozzles at each transition to the station in the APM station platforms, and wet systems for the multiple levels of the APM station. This was a design-bid-build project.

This project actually consists of two separate projects performed by National Fire Protection. The first, completed in 2004, was the construction of six new 2.35 million gallon Jet-A fuel storage tanks for which NFP provided the complete fire protection systems. The work consisted of the construction of a new fire pump house taking suction off a two million gallon water storage tank feeding five 3500 gpm fire pumps. This pumping capacity was fed into two separate underground fire protection systems, each with a separate cross-connection backflow prevention system installed, one for the foam systems and one for hydrant, sprinkler, and water spray protection. The aqueous film forming foam (AFFF) system is based on six 5500 gallon storage tanks feeding an electric and back-up diesel foam pumps. The Jet-A tanks are protected on the interior with foam chambers and the exterior dike areas are protected by a total of 144 foam makers. Additionally, each Jet-A tank is protected with a custom fabricated radial bent water spray piping system to cool an opposing tank. The project also included wet sprinkler systems in a total of five buildings, including the two-story administration building for the fuel operations.

The second project was completed in 2008 and consisted of three new 8 million gallon Jet-A fuel settling tanks. Again, NFP provided for the complete fire protection systems. For this project, a second two million gallon water storage tank was added to the pump house built in the first project, along with an expansion of that pump house, adding two additional 3500 gpm fire pumps and a separate 1000 gpm fire pump to serve as the primary fire pump system for the dedicated fire protection supply system for all of the airport. A new system of cross-connection backflow prevention assemblies were provided to supply the two underground supplies to the projects, as well as the primary connection for the dedicated fire protection supply system. The foam systems are supplied by a new dedicated foam building that includes one electric and one back-up diesel AFFF foam pump and two 5000 gallon foam concentrate storage tanks. The project required the installation of 6” through 24” underground welded fire protection piping and above ground welded fire protection piping ranging from 2½” to 24”. The dike areas surrounding the Jet-A tanks are protected with 66 foam makers and 24 deck foam guns, and the interior of the Jet-A tanks are protected by 12 foam chambers. Again, the exteriors of the fuel storage tanks are protected by a water spray system consisting of cooling rings constructed from welded fire protection piping that was fabricated to bend around the fuel storage tanks to cool the tank as exposure protection, should an event occur. Additionally, the work included the wet sprinkler systems for a total of four new buildings and the expansion of the water pump house. 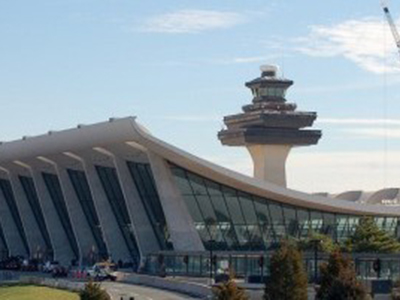 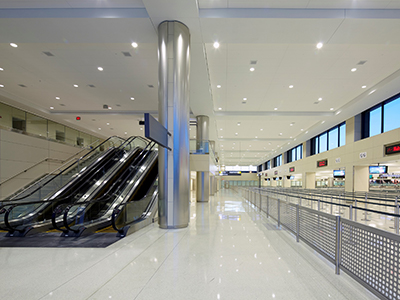 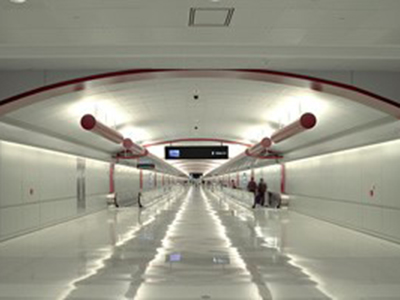 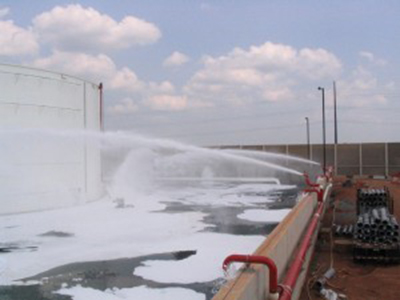 This project consisted of a new addition to the existing customs area for international flights, which includes the inspection, ticketing, and process for all inbound international flights. As part of the renovation, new baggage conveyors were installed from the basement level to the ground level to allow for the processing of baggage for all new arrivals. Two new “TUG” Ramp dry systems were installed as to protect the covered ramp in which the airport transfers the baggage from the aircraft to the building for delivery to the customer.

The scope of work included wet and dry sprinkler systems, standpipes, and remote fire hose valves. Approximately 3400 sprinklers were installed. The project consisted of both new and renovation construction and was done over three phases.

This project was two packages at the Main Terminal, starting in the late 1990s. A design-bid-build project, the work consisted of renovations of the existing main terminal and the new addition.

The project was a design-build contract to provide a small commuter plane terminal that would attach to the existing B Concourse building. This project has window sprinklers along the glass, multiple wet systems inside, and a 6” fire loop that passes through the building and tied into the soon-to-be constructed dedicated fire main.

NFP was a partner in the construction of the two walkback tunnels at the airport; both were design-bid-build projects. The first tunnel was in 2001-2002; the second in 2008-2009. These tunnels were under the existing airfield apron (airside) and tied the Main Terminal into the existing Concourse B building for passenger traffic between the two.

The project consisted of a new pedestrian tunnel that connected the Tier 2 area and the Concourse C area. Within in this area, the construction consisted of the installation of two APMs. Sprinklers are located above a floating ceiling and were located as per the meticulous coordination with the Architect. A preaction system was provided to protect the mechanical equipment room for the control room for the moving floor.

NFP is responsible for the inspection of the airport’s water mist system. NFP is contracted directly to the Metropolitan Washington Airports Authority (MWAA), with the contract covering all four of the APM stations.

NFP began work on the new West APM Station and B-12 buildings in 2005. These were two new buildings that connect to the existing Concourse B building. The B-12 building added more gates and a mechanical basement. The West APM Station is the building where the underground train comes into the Concourse B building; it has five levels with the train tunnel for that station. This portion of the work included a water mist system (complete with mist systems pumps and day tanks) with 280 mist fog nozzles at each transition to the station in the APM station platforms and wet systems for the multiple levels of the APM station. This was a design-bid-build project.